The Gate of Dreams 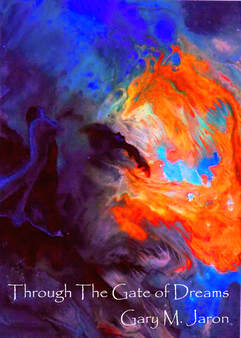 Have you ever considered

where you go
​
​ when you dream? ​
What if it is really true that when we dream we could truly live another life? {These Dreams by Heart}

What price would you pay to go through the gate of dreams into that other life? Four teens in San Francisco in the year 1979 are confronted with that choice. Jon found he had no choice, he was swept through the gate and therein lost his girl friend Lana and it seems his sanity. Lana would do anything to get Jon back, even believe the impossible. Basha, a Jewess who is both a student of the Kabbalah and the new witchcraft tradition known as Reclaiming, the price is having to fight a being who claims to be a god and find a way to open the Gate of Dreams.

For Lamont Corazon, novice dreamer, going through the gate is a chance to discover his true destiny. He is the opener of the gate and the obstacle to be overcome. But is it really true to fulfill that destiny and reunite the two lovers he has only two choices? Must he either relinquish his body or become a blood sacrifice?

This is a fantasy novel which works as a philosophical inquiry into the nature of, and the construction of, human reality. Along the way, to name the most prominent topics, it touches upon dreams & dreaming, the Kabbalah & Judaism, the Reclaiming tradition of Witchcraft, Non-Aristotelian Logic, Shamanism, Taoism, and the mythos of Howard Philip Lovecraft.

This fantasy realm is based on the Dream Tales of H. P. Lovecraft but explores a dream world not of his New England in the early 1900’s but a world that is the creation of San Franciscans of the 1980’s. In this novel the nature of Dreaming is fleshed out which was not done in Lovecraft's own writings. This tale also is unlike any other of Lovecraft's cycle stories,  in that rather than focus solely on the fantastic setting of Dreams it explores the reality we all have of living two lives. Only one of which is there for us when we sleep. Thus, unique to this novel is the exploration of the consequences for one’s waking life when your dreams start to dominate.
The novel is now available to be purchased in either paperback or Kindle versions.
Click here for the link to purchase
Table of Contents for the Blog of the novel Through the Gate of Dreams:

The Price of Passage
5:1 Audio Attached

The Path you Shall Take: 9 Audio Attached

She Changes Everything She Touches
13

These Texts are not Church Hymnals
15:1
15:2
Proudly powered by Weebly